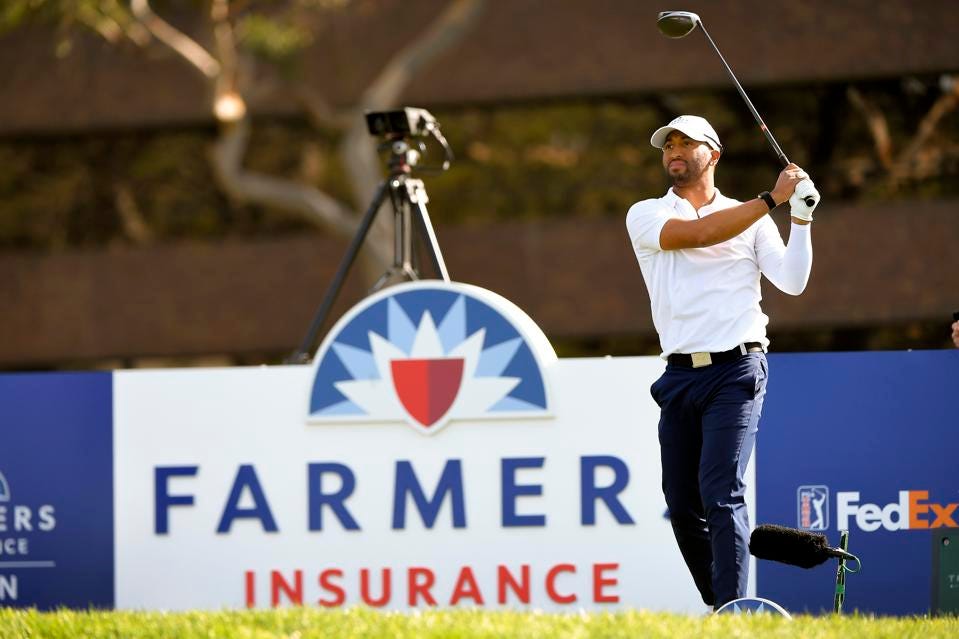 PONTE VEDRA BEACH, FLORIDA – The PGA TOUR and GOLF Channel announced today that the winner of the APGA Tour Farmers Insurance Invitational will earn a spot in the Korn Ferry Tour’s Simmons Bank Open for the Snedeker Foundation, May 5-8, at The Grove in College Grove, Tennessee.

“We’re proud to present this accomplished group of diverse talent for the first-ever national telecast of an APGA Tour event on GOLF Channel,” said Tom Knapp, EVP, Partnerships and Programming, NBC Sports. “NBC Sports and GOLF Channel are committed to growing the game of golf and utilizing our platforms to help the sport become more diverse and inclusive, which includes on-air talent opportunities.”

Hack, a GOLF Channel host, will handle the play-by-play duties for the APGA Tour Farmers Insurance Invitational. He will be joined by Begay III, GOLF Channel analyst and four-time winner on the PGA TOUR, as an analyst, as well as Smith – APGA Tour member and GOLF Channel Beyond The Fairway podcast host – and Slade – host and content creator – as on-course reporters. The broadcast will be produced by PGA TOUR LIVE.

“Farmers Insurance has shown extraordinary commitment to diversity in our game,” said PGA TOUR Senior Director of Player Development Kenyatta Ramsey. “To expand the APGA Tour Farmers Insurance Invitational to include an exemption at the Simmons Bank Open as well as a diverse team of on-air coverage was a natural fit, and we’re proud to join Farmers, the Century Club and GOLF Channel in its presentation.”

Established in 2010, the APGA Tour is a non-profit organization with the mission to prepare African Americans and other minority golfers to compete and win at the highest level of professional golf, both on tour and in the golf industry. This is accomplished through professional tournaments, career development and mentoring sessions. The 2022 season marks the 10th year the PGA TOUR has supported the APGA Tour.

“There is tremendous interest and momentum on the APGA Tour as we continue our mission to prepare African Americans and other minority golfers to compete and win at the highest level of professional golf,” said APGA Tour CEO Ken Bentley. “With the first live broadcast of the APGA Tour, the Farmers Insurance Invitational will be a fantastic showcase of the talented players on the APGA Tour and their stories of perseverance and determination. Support from Farmers Insurance, the Korn Ferry Tour and PGA TOUR has been a catalyst for our growth over the last several years and has led to this incredible opportunity.”

The PGA TOUR’s Farmers Insurance Open, which dates back to 1952, is among the PGA TOUR’s most historic events, with seven of Tiger Woods’ PGA TOUR record-tying 82 wins coming at the event at Torrey Pines Golf Club.

The PGA TOUR, headquartered in Ponte Vedra Beach, Florida, co-sanctions tournaments on the PGA TOUR, PGA TOUR Champions, Korn Ferry Tour, PGA TOUR Latinoamérica and PGA TOUR Canada. Members on the PGA TOUR represent the world’s best players, hailing from 28 countries and territories outside the United States (90 international members). The PGA TOUR has long-term domestic distribution partnerships for broadcast coverage on CBS, NBC and GOLF Channel and video streaming service on ESPN+. Internationally, PGA TOUR coverage is available across 200+ countries and territories in 27 languages via 43 local broadcast partners, in addition to the digital streaming service platform GOLFTV powered by PGA TOUR. Virtually all tournaments are organized as non-profit organizations to maximize charitable giving, and to date, tournaments across all Tours have generated more than $3.2 billion.

Fans can follow the PGA TOUR on PGATOUR.COM, the No. 1 site in golf, on the PGA TOUR app and on social media channels, including Facebook, Instagram (in English, Spanish and Korean), LinkedIn, TikTok, Twitter, WeChat, Weibo,Toutiao, Douyin and LINE.