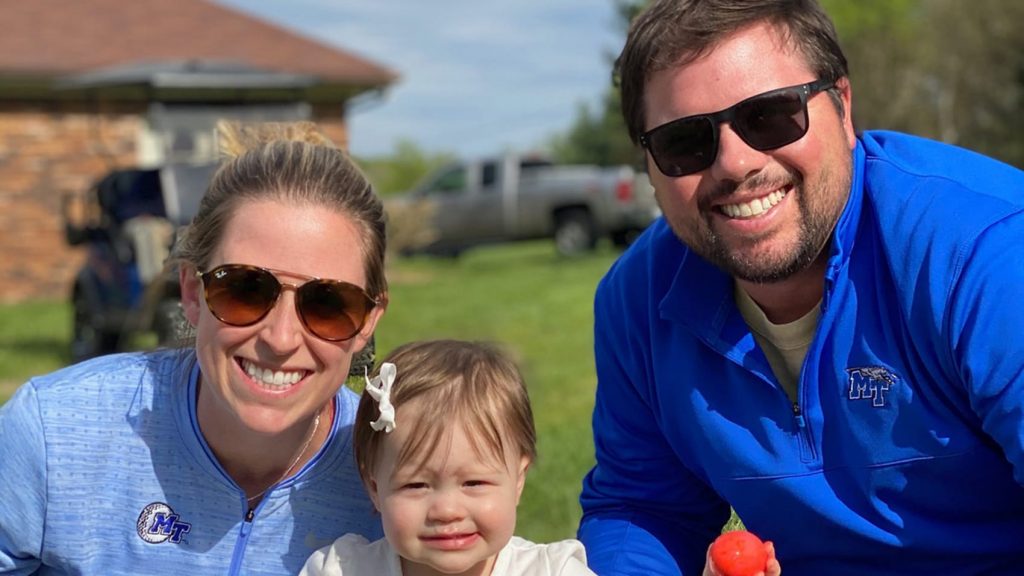 Kent Bulle is making a return to professional golf, and he hopes the upcoming Simmons Bank Open will provide the springboard he needs to get back on track.

Tournament officials announced this past week that the former Middle Tennessee State University star will receive a sponsor’s exemption for the Korn Ferry Tour event, scheduled for May 6-9 at The Grove in College Grove, Tenn.

“I’m excited for the opportunity to be in this field as the Korn Ferry Tour moves to The Grove,” Bulle said, “especially after how the last couple of years have been for me, battling some health issues.  I’m very fortunate to get a sponsor’s exemption and to be able to compete.”

Bulle played at MTSU from 2006-10 and led the Blue Raiders to three Sun Belt Conference championships, three NCAA Regional appearances, and an NCAA National Championship appearance in 2008.  He won four individual events during his college career and was a two-time All-American Scholar.

Now 32-years-old, Bulle hopes the Korn Ferry Tour event at a place he is very familiar with – The Grove is MTSU’s home course – will help him put behind three years of medical issues that derailed his playing career just as it appeared to be picking up steam.

“The game is in a good spot,” said Bulle, who has only played in six tournaments since the spring of 2018.  “I have five conditional starts left, and outside of that I either have to Monday qualify or get sponsors exemptions, so starts like the Simmons Bank Open are huge for me.”

The Glasgow, Ky. native’s last full season on the Korn Ferry Tour, in 2017, saw him make 14 of 18 cuts and also post a made-cut in the 146th British Open at Royal Birkdale. A top-five finish at KFT qualifying school that December set him up for what figured to be another full season in 2018.

But fate had other plans.

A nagging shoulder injury, which had bothered him for three years, became so painful that he had to shut it down 10 events into 2018.  Bulle had his first surgeries that August, and had a total of three procedures over the next year.

During his recovery time, he returned to his alma mater in Murfreesboro to become an assistant for MTSU men’s golf coach Mark McEntire. Bulle helped guide the Blue Raiders to a Conference USA championship in the spring of 2019.

The hiatus from the tour life also saw Bulle become a father as he and wife Lauren gave birth to daughter Emma Jane.  So with newfound perspective and health, he prepared himself to return from his medical leave on the Korn Ferry Tour in 2020.

His comeback bid ended before it barely got started, though.

Bulle played in two events – including a T34 at the Panama Championship – last February before the COVID-19 pandemic brought the Korn Ferry Tour season to a halt. Then, when play resumed, he played in four events before health issues beset him once again.

Bulle had developed ventricular tachycardia, a heart condition which causes a fast, abnormal heart rate.  The condition forced him to have a procedure known as a catheter ablation just prior to the Korn Ferry Tour’s Price Cutter Charity Championship last July.  He still played in that event and went on to finish T48.

But the next week, Bulle was in Omaha at the Pinnacle Bank Championship when his heart condition took a more serious turn.

“I was coming down the stretch on Friday, about two or three strokes inside the cutline,” he recalled.  “I remember hitting a shot into a par-five and my heart just went all out of rhythm … like 200 beats per minute.”

“I played the last four or five holes like that and then had to immediately jump into an ambulance to get some medicine to get my heart rate down.”

Bulle had another catheter ablation done after that, and with the addition of medication, he hasn’t had  any issues since.

Throw the pandemic into the mix and it’s taken time for him to restart his playing career.  He’s played in a couple of KFT Monday qualifiers in 2021 and is second alternate to get into this week’s Veritex Bank Championship at the Texas Rangers Golf Club in Arlington.

“We have good players here in Tennessee and I’ve just been trying to mix it up with them as much as I can to try and simulate as much competition as possible,” Bulle noted.

As for the Simmons Bank Open, Bulle believes his fellow Korn Ferry Tour players are in for a first-class experience when they arrive in College Grove for the event’s inaugural showing.

“I think it’s going to be a treat for the guys to be able to play a course like that,” he said.  “I’m excited for them to see a golf course in our area that we are all proud of.  I think they’ll love it.  I think it will present a nice challenge for everybody, because it’s hard but fair.”

“I am very grateful to The Grove for all they have done for my career and giving me the opportunity to be a part of their player development Rewards Program.  I look forward to competing in the Simmons Bank Open and seeing The Grove showcased to some of the top professional golfers in the world.”

Fans will be welcomed at the Simmons Bank Open – one of the first PGA Tour-sanctioned events to allow spectators to return – and are encouraged to come out and cheer on Bulle and the others hoping to one day make it to the PGA Tour.

Tickets are on sale at www.simmonsbankopen.com